A Feature Article In Social Life Magazine, The Luxury Magazine For The Hamptons

The very favorable article leaves off saying: “For those in the fashion-know, a recent announcement was more than welcome news: Chuck’s Vintage, an iconic brand renown among celebrity elite and fashion enthusiasts alike, is heading to New York City. Setting up its new headquarters, with plans for a flagship retail outlet in North America’s premier luxury district, Chuck’s will soon become a New York City Favorite.”

The layout has pictures of the original shop in California and Dolly Parton with Madeline Cammarata, the founder, and mention of other celebrity customers like, Steve Jobs, Morrisey and Robert Plant are contained in the two-page layout.

The company also recently announced that it will be a sponsor for the Polo Hamptons Polo Match and Event. Being a sponsor, the magazine also included the article in its July 4 th issue. This match and event are produced each summer in the Hamptons by Social Life Magazine, the Luxury Magazine for the Hamptons , the top luxury publication in the world-renowned Hamptons. https://sociallifemagazine.com

The clientele attending will include some of the country’s most important influencers and the owners of international trend setting fashion houses. The Polo Match & Cocktail Party, held in Bridgehampton, 900 Lumber Lane, on July 24 , 2021, will offer the Company’s executive team the opportunity to gain new inroads for the company in both the Chuck’s Vintage and the Company’s cutting-edge solar technologies.

CEO James DiPrima said; “The events surrounding the Polo Match and the article in one of the most prestigious fashion/social magazines will undoubtedly help launch the new New York City location.”

Established in 2006, Chuck’s Vintage is a store unlike any other; a true American original. The moment you step over the threshold at 16618 Marquez Ave, Pacific Palisades 90272, you find yourself amid abundant treasure. The selection of vintage denim has to be seen to be believed. The blue jeans in her store range from Strongholds found in the California Gold Rush mines to World War II-Era Levi’s, Lees, and Wranglers, as well as 1960’s ladies high-waisted and groovy deadstock Levi’s bells. Come to Chuck’s for the denim, but stick around and complete your look with the founder’s sampling of vintage American workwear: rugged military and work boots, buttery leather bomber jackets, and soft, perfectly worn-in vintage 70’s rock tees. Classic American Cool.

Chuck’s Vintage was founded by GSFI former CEO Madeline Cammarata (fka Madeline Harmon), who hailed from an illustrious background in fashion. Her career began as a fashion model, where she was soon discovered by the iconic and provocative fashion photographer Helmet Newton, launching Cammarata to the runways of Europe. Returning to the US, Madeline found a powerful niche in the high fashion world of denim, where she was instrumental in providing fabric development for powerful brands like 7 For All Mankind and provided thousands of pieces to celebrity and business elites from Steve Jobs to Morrisey and everywhere in between.

About Green Stream Finance, Inc.
Green Stream Finance, Inc., a solar utility and finance company with satellite offices in Malibu, CA and New York, NY, is focused on exploiting currently unmet markets in the solar energy space, and is currently licensed in California, Nevada, Arizona, Washington, New York, New Jersey, Massachusetts, New Mexico, Colorado, Hawaii, and Canada. The Company’s next-generation solar greenhouses constructed and managed by Green Rain Solar, LLC, a Nevada-based division, utilize proprietary greenhouse technology and trademarked design developed by world-renowned architect Mr. Antony Morali. The Company is currently targeting high-growth solar market segments for its advanced solar greenhouse and advanced solar battery products. The Company has a growing footprint in the significantly underserved solar market in New York City where it is targeting 50,000 to 100,000 square feet of rooftop space for the installation of its solar panels. Green Stream is looking to forge key partnership with major investment groups, brokers, and private investors in order to capitalize on a variety of unique investment opportunities in the commercial solar energy markets. The Company is dedicated to becoming a major player in this critical space. Through its innovative solar product offerings and industry partnerships, the Company is well-positioned to become a significant player in the solar space.
Forward-Looking Statements:

This press release contains forward-looking information within the meaning of section 27A of the Securities Act of 1933 and section 21E of the Securities Exchange Act of 1934 and is subject to the safe harbor created by those sections. This material contains statements about expected future events and/or financial results that are forward-looking in nature and subject to risks and uncertainties. That includes the possibility that the business outlined in this press release cannot be concluded for some reason. That could be as a result of technical, installation, permitting or other problems that were not anticipated. Such forward-looking statements by definition involve risks, uncertainties and other factors, which may cause the actual results, performance or achievements of Green Stream Finance, Inc. to be materially different from the statements made herein. Except for any obligation under the U.S. federal securities laws, Green Stream Finance, Inc. undertakes no obligation to publicly update any forward-looking statement as a result of new information, future events or otherwise. 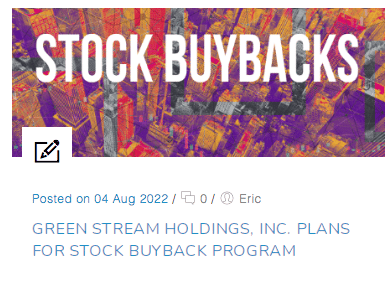 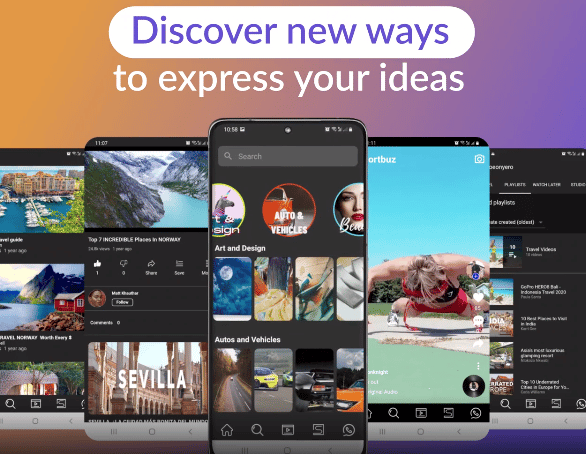